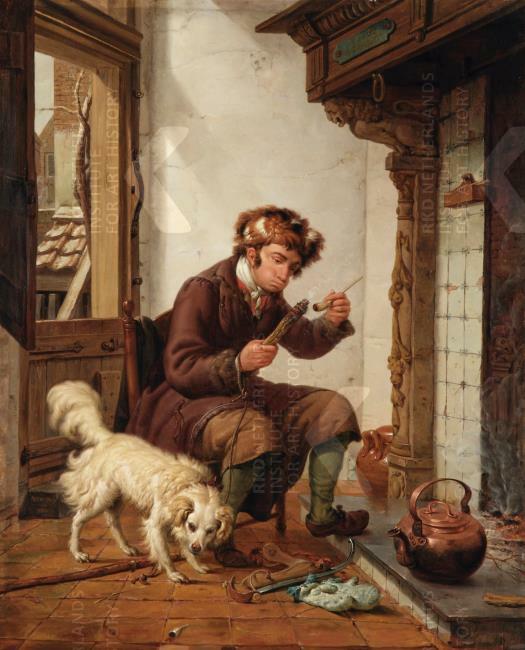 Calling all NLP & Computer Vision researchers to take on our new challenge: Multimodal Understanding of Smells in Texts and Images !

In the context of the MediaEval Multimedia Evaluation benchmark, we have developed a task that brings together recognition of visual and textual information regarding smells. We have set up 2 subtasks:

This task is driven by the following research questions:

Data & Evaluation
We have put together a set of copyright-free texts and images. It contains texts in English, German, Italian, and French that participants are to match to the images. The images are annotated with 80+ categories of smell objects and gestures such as flowers, food, animals, sniffing and holding the nose. The object categories are organised in a two-level taxonomy.

The Odeuropa text and image benchmark datasets are available as training data to the participants. The image dataset consists of ~3000 images with 20,000 associated object annotations and 600 gesture annotations.

Submissions will be evaluated on a held-out dataset of roughly 1,200 images with associated texts in the four languages. We will evaluate using multiple statistics as each provides a slightly different perspective on the results. Main Task: Predicting whether an image and a text passage evoke the same smell source or not

Inspired by my master’s thesis on (post)colonial smellscapes, the idea arose to create a scent inspired by the smells of the toko. The scent features as the centerpiece of a small exhibition on the history of tokos. Alongside the scent, the exhibition features a selection of historical photographs depicting tokos in the former Dutch East Indies and the Netherlands. The exhibition is on display at the Floriade Expo 2022 until 9 October 2022.

Colonial history is a particularly fragrant history. The sense of smell initiated colonial ventures as European expansion sprang from the desire for spices and other aromatic commodities. In the Netherlands today, our nose encounters traces of this history in ‘tokos’, grocery shops that offer food products from Asia, and sometimes also from Suriname. Its origins are rooted in the Dutch colonial past, roots which can be gleaned from the origin of the word itself. ‘Toko’ is Malay for ‘bazaar’. The ‘toko’ as a phenomenon entered Dutch culture from the East Indies in the early twentieth century.

Presenting a Smellscape as Heritage

Through Odeuropa, I got in touch with Flevo Campus, a research institute based in Almere that is concerned with the future of food. Their project ‘Toko van de toekomst’ (‘Toko of the future’) explores how food-related knowledge embedded in communities is reproduced throughout generations. Flevo Campus asked me to create an exhibition about tokos for their location in the Floriade Expo 2022, an international horticulture event which takes place in Almere from 14 April to 9 October 2022.

The exhibition narrates the history of tokos through photography and smell. The centerpiece is a smell station which contains a scent inspired by the smells of the toko. The scent has been developed by Jorg Hempenius from Iscent specifically for this exhibition. On the basis of the accounts I collected over the course of the participatory smell research in tokos, Jorg created a scent that is layered and eclectic, reflecting the multiplicity of smells in the toko.  It is warm, salty and a bit funky: a celebratory clamor of spices and foods.

Definitely the 1st time I was asked to REVIEW A RECREATED EARLY MODERN SCENT – fantastic to see my review published in @AmHistReview! Test yourself the sniff card in the paper edition!
Congratulations to @WillTullett @Lizzie_Marx, @odeuropa & @museum_ulm!
https://t.co/23bLWdLr1m

#Odeuropa is a multi-disciplinary consortium of #computerscientists, #arthistorians and #linguists working together to bring #European #history to our #olfactory senses. Let's follow this exciting #research work in this 4-minute video! @rtroncy #EURECOM
https://t.co/V8Oy49GW67

Portuguese newspapers and radio are talking about @odeuropa and they even talk about the semantic web of smells!
@vpresutti @merpeltje @PasqLisena
@rtroncy https://t.co/bXi8PZz0EQ

📢Join the next Europeana Research Community Café on 23 November! Professor @IngerLeemans, from @VUamsterdam & @KNAWHuC, will discuss new scientific approaches to olfactory heritage within @odeuropa and the main takeaways from a recent #hackaton.
https://t.co/8eJEcW4Ss7

Thanks @HorizonMagEU for sharing our research!

My first #Hackathon - definitely not my last one! Thanks @odeuropa and all the organizers for this great event, looking forward to applying in the #Odotheka project all these great tools!
#HSLL #heritagescience #smell https://t.co/dN1xEN6vHb

The June issue of the AHR includes a peer-reviewed scratch n’ sniff card, developed by the @odeuropa team to recreate the scent of early modern perfumed gloves for #AHRHistoryLab’s “Making Whiffstory.” https://t.co/6kBlOv3n8e

Heritage for the nose? Join us this afternoon at 3pm CET to find out why the smells of collections can be meaningful and how scents can be preserved and shared with museum visitors @odeuropa @UCL_ISH https://t.co/ZGD1qVxzuv

Architecture tour of the fabulous National and University Library of Slovenia